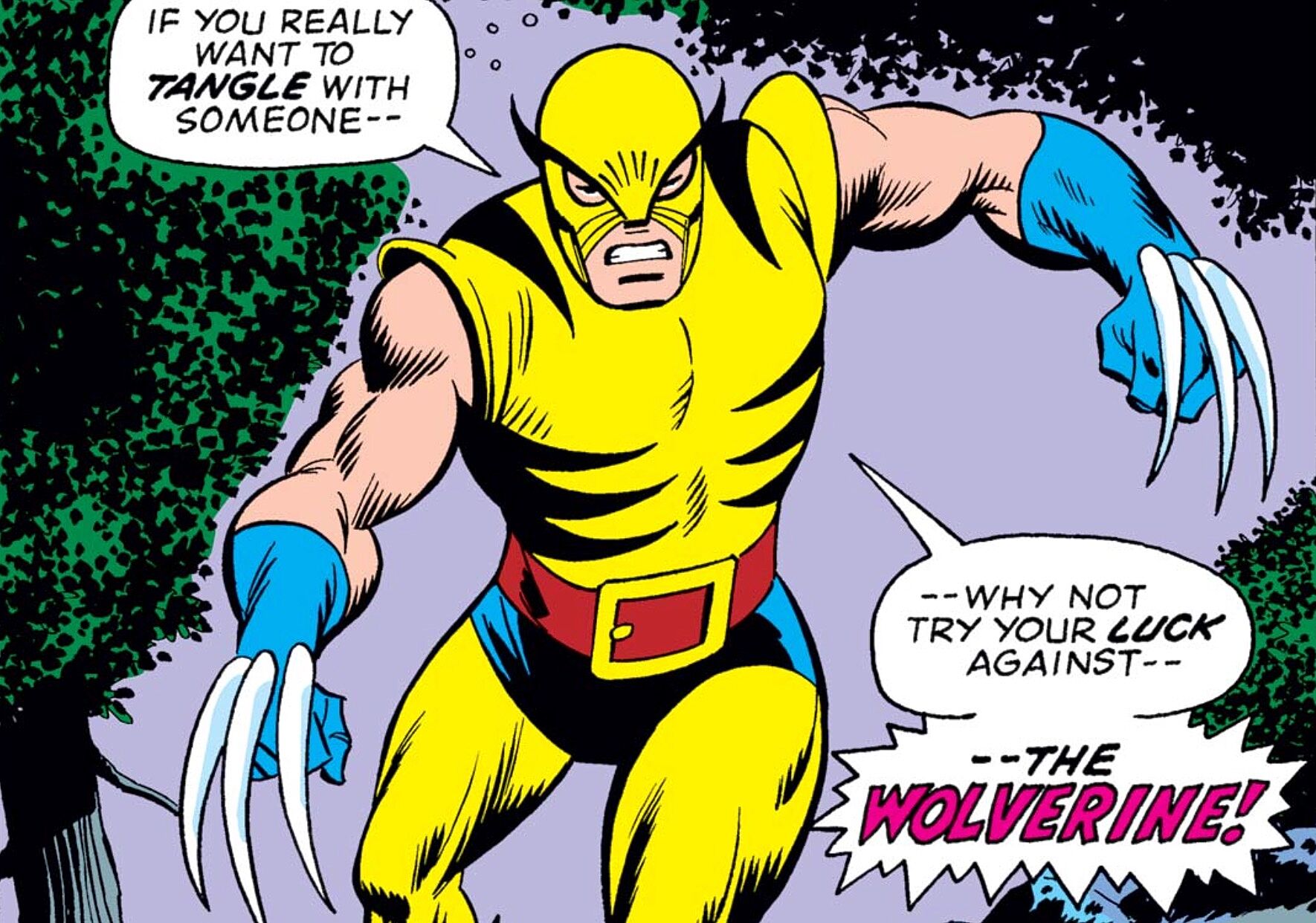 Recently Marvel introduced Wolverine’s new costume for Return of Wolverine. It’s actually the cover for Return of Wolverine issue #2. It’s a new look for Logan. Some fans won’t be happy with it. However, there is hope for those of you who don’t like it. This isn’t the first time Logan has dawned a new costume. Wolverine has been all over the world and has been on a plethora of teams throughout his long tenure on Earth and beyond. He’s had more wardrobe changes than a model on a runway. I thought it would be a cool idea to take a trip down memory lane and look at some of Logan’s more iconic uniform changes.

Wolverine made his debut at the end of Incredible Hulk #180 in 1974 while Hulk was fighting the Wendigo. The first thing people will notice is the mask. For the love of Odin, we can all be happy the whiskers never stayed. Even with this being the 70’s that mask only lasted two issues. When Wolverine joined the X-Men they kept the color scheme as well as the red belt. The mask now had longer “ears” and the eye-holes were blanked out white. There have been multiple changes to this color scheme. In Astonishing X-Men, the color scheme and shoulder pads stayed the same and added a belt with the X-Men logo on it. In Uncanny X-Men #500 Wolverine added lines to his boots and gloves and the X-Men “X” over his heart.

In Uncanny X-Men #139, Wolverine randomly had a new costume. Nightcrawler asked Logan why the costume changed and Logan answered like only he would, “Why not?” This is one of the few costumes that never changes as time goes on. Same old school design complete with red belt. Logan put this costume away for a long time and only picked it up again after House of M. Wolverine set out looking for revenge and didn’t want to use the colors he wears when he’s with the X-Men (Wolverine Origin). Even then, he stopped wearing the uniform after a while. Logan eventually buries the costume for good and moves away from this part of his life. X-Force
There was a time when Cyclops decided to be more proactive. He put together a team of the X-Men’s best fighters and trackers to take care of threats to mutants before they could kill them. Cyclops assembled Wolverine, Warpath, Wolfsbane, and X-23. Later Archangel, Domino, and Vanisher would join this roster (later, another team that added Deadpool, Fantomex, Deathlok, and Psylocke to there roster). The X-Men don’t kill and they weren’t the X-Men. They were X-Force.

This costume looked like the classic costumes, but this one was black and grey with red eyes. The look was supposed to be both stealthy and intimidating. They also had to look as far away from the X-Men as possible. If this was the case, why they kept the “X” on the belt I’ll never know. This is one of the fan favorites when it comes to Logan’s attire.

For those of you who may not know, the uniforms used in the movie were actually used in the comic books. The X-Men switched from their bright costumes to black leather. Wolverine loved these uniforms. In fact, when Cyclops announced they were going back, Wolverine wasn’t happy. Cyclops said all the leather made people scared. Logan liked them because he didn’t look like an idiot (his words). Honestly, what looks worse, the leather or the tights?