Jason Momoa gets to suit up in the classic orange and green costume in Aquaman. In bringing Arthur Curry to the big screen, Warner Bros. and Zack Snyder changed character’s makeup by going against the grain. Aquaman’s been the punchline to several jokes over the years, but no one is laughing with Momoa playing the part. The former Game of Thrones star has only briefly been seen so far, but at some point in his solo movie, Momoa will take a step closer to looking like his comic counterpart. In his two appearances so far, Momoa has already worn a variety of costumes starting with a brief shirtless cameo in Batman v Superman: Dawn of Justice; However, it was in Justice League where he came closer to actually suiting up. When he isn’t being regular Arthur Curry, Momoa got to wear some Atlantean armor to help in battle. The suit is dark green with hints of gold trim, but it is closer to battle armor than the traditional Aquaman look. That is going to change with Aquaman later this year.

The official marketing for Aquaman has so far shown Aquaman with two looks. The one that caught the most attention was his denim (not leather) pants. But, there’s another variation of Atlantean armor that he wears too, a piece that only covers one shoulder. What hasn’t been shown in the few official pieces of marketing is the classic orange-and-green suit. That suit has already been revealed through toy designs, but some footage of it has also been shown. We know the movie has it, but what’s the big deal? This isn’t a marketing stunt by Warner Bros., but instead the continued evolution of Aquaman. When we saw the San Diego Comic-Con exclusive extended trailer, it was capped off with the reveal of Momoa in this classic suit with the coveted trident in hand. Aquaman wearing this costume isn’t just going to be a cool moment for people familiar with his comic look, but its actually going to mean something to the character. Aquaman doesn’t even really view himself as an Atlantean at this point, much less a hero and their king. But, once he actually puts the orange-and-green suit on, that is the sign that he is accepting his place in the world.

Director James Wan has talked about how Aquaman will be the hero DC fans know by the end of the film. When this movie begins, Arthur is more connected to the surface world than he is his underwater birthright. There’s something inherently special with this costume now thanks to the story Wan is deciding to tell. It puts Aquaman with company like Superman and Wonder Woman, people with extraordinary gifts who take on further responsibility and power once embracing their heroic nature. Its easy to brush off Aquaman suiting up in the orange-and-green costume as nothing more than following the example of the comics or even an excuse for WB to make more toys. With what we do know about the suit and Aquaman’s journey, though, that doesn’t appear to be the case here.

It may not wind up being a major part of the movie depending on the hero’s journey he goes on, but by the time Aquaman comes to a close, Momoa will take a major step forward towards being as close as possible to the version of DC’s fish-talking hero fans are used to seeing on the page. 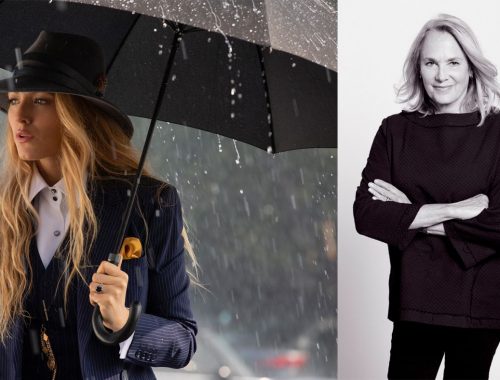