Christmas is the biggest holiday in many parts of the world, and although not as big for costumes as Halloween, it still is a big dressing up holiday. After all, what would Christmas be without Santa Claus, or more likely one of Santa’s Helpers in a Santa Claus Suit? It is also, unfortunately perhaps, a massive commercial and shopping holiday, but that does mean that many costumes are easily and inexpensively available. Here are a few favorites and variations as well as concerns with them.

Let’s start with Santa Claus and the Santa Suit. Ideally, if you are going to dress as Santa, you already look the role somewhat. A middle aged man with a big white beard and a big of a gut is not hard to find, but many excellent Santas do not fit that description. The belly can be approximated by a pillow or two or perhaps foam or crushed up newspaper, and a fake beard and mustache can be added. Of course a real beard and mustache usually works better. As for the suit, the big question is do you want a high quality suit that you can wear many times over many years, as a professional Santa would. These of course cost more than ones designed for very occasional use. Both types are commercially available, or maybe Mrs Santa could make you a suit? 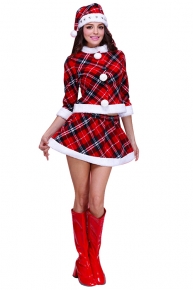 Misses Santa costumes are also popular. You can buy a commercial suit, or simply assemble an appropriate outfit. Mrs Santas usually accompany Mr Claus himself, and are often his wife in real life. Do keep in mind that these are outfits for Christmas only, unlike some Christmas outfits that can be used easily for Halloween also.

Reindeer and Grinches are pretty big too, and instantly recognizable. If dressed as The Grinch be sure to act the part. Remember he has a before and after understanding Christmas. The difficult with a reindeer is the antlers. They can be uncomfortable in the long term, but are quite impressive if well done.

Elves are among my favorites and an elf costume can be used both for Halloween and Christmas as well as other dress up events like costume parties. They are popular among children and adults and come in various colors and designs. They do not have to be red and green, although that is more traditional. One fun option is to dress as Buddy The Elf from the movie Elf or his friend Jovie The Elf!

Morrisons gears up for bumper Christmas 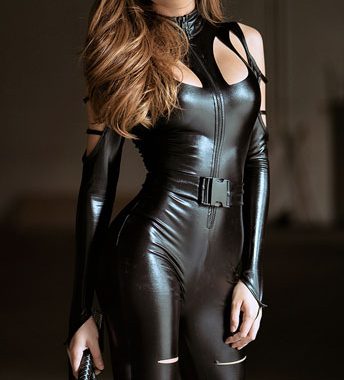